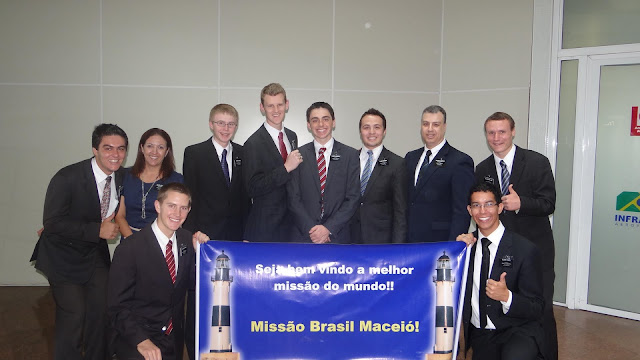 We left California around 6:00 am on Monday and flew all the way to Atlanta.  When we got there we had dinner with Elder Rutledge's companion's dad.  We ate ribs and drank root beer and it was a marvelous last American meal for two years.

I learned that it is impossible to sleep on an airplane and extremely uncomfortable.  I believe they should use them as a method of torture at Guantanamo Bay.  We got to São Paulo and we met up the the LDS Travel Services and they sent us on our way to Maceió.  When we got there we were met by President and Sister Gonzaga along with all of the office Elders.  They were all very excited to see us and we drove to the mission home and I met my new companion Elder Godoy.  He really likes Coca-Cola and has a really great English vocabulary filled with words like, "Baptize! Triple Kill! and HeadShots!"

My first area is in Aracaju in the neighborhood of Siquera Campos and it's pretty neat.  We eat lunch with members and they always have this Brazilian pasta called Maccarão, which is like Brazilian spaghetti. 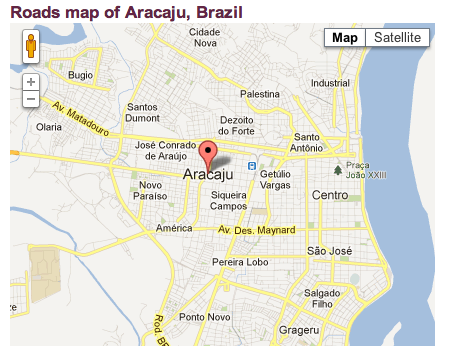 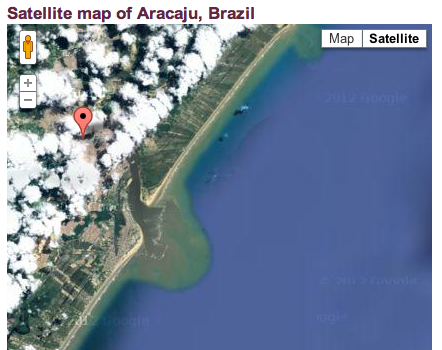 Oh, and it's hot here.  It's really really hot.  So, I was having a hard time at the beginning of this week.  When I got here I was all cool about it and then the next few days were really hard.  I felt like this wasn't my real mission and that I still belonged in Carlsbad.  I also had a hard time sleeping.  I feel better now and I think it was just the first few days that had me all stressed.  I still don't know enough Portuguese to really do much so whenever we have meetings with the ward mission leader they just give me snacks and have me sit in the corner.  I can do the door approach pretty well until they start speaking and then I'm lost.  They also talk funny up here.  They don't palatalize their words and they add a lot of "sh" sounds everywhere and it's kind of weird.  Even the Brazilian missionaries think it's weird and they like to inform me that, "This isn't Brazil, this is the nordeste (north east)."

Anyway, that's all for this week and I'll be sure to email you next week!

Posted by Rekehl Johnson at 1:55 PM