(And it happened that I'll have another transfer here in Viçosa.) 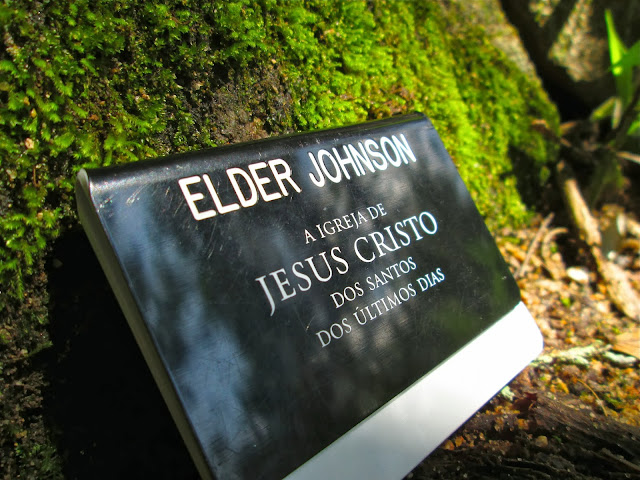 Well it is now another transfer here in lovely green Viçosa and things are going great.  I have a new companion and his name is Elder Denna and he's from Sacramento (1st American companion).  I am also ending his missionary life too.  He's on his last transfer and we're going hard in the paint!!!!  Like seriously, really really hard in the paint.  We taught 17 lessons this last week and two of those days we spent in Maceió.  He's showing me a lot of cool techniques n stuff so it's been a pretty good transfer so far!

So this last week we had a Serão (Fireside) for our branch about member missionary work.  We divided the Serão into four different trainings and themes.  My job was to be the guy who gets everybody excited.  I played a video from the Work of Salvation broadcast and talked about the impact members really have on the work.  I feel like it worked pretty well because we had a member ask for five copies of the Book of Mormon, some old pass along cards, and some pamphlets he can give to people.  Needless to say I'm not going to complain.

So this week I feel like I broke through a spiritual barrier, I RECEIVED REVELATION!!!!!!!!  #WINNING  So personal revelation has always been a hard subject for me, not because I don't agree with it or anything, but that I feel like I just don't get any.  I've had other experiences with revelation that was more of a IKnewItWasRevelationInHindSightKindOfAThing, but I never really had a IFeltTheSpiritTellMeToTalkToThisGuySoIDidAndItTurnedOurHesBeenWaitingForeverToHearTheGospelSoWeBaptizedHimKindOfAThing.  So I was walking down the road the other day, marveling at the greenness and shear beauty of my surroundings when I had this strange feeling to talk to some old guy in the road.  I ignored it at first because I thought he looked crazy and would only say crazy things to me and I'd be wasting my time.  BUT on the return trip I saw the same guy and thought, "Well maybe he really wont be crazy and he'll actually want to go to church."

I was very wrong.

ME:  You're Sister Lima?

So it turned out that crazy ol man was Sister Lima.  I talked with Sister Lima for quite some time and it turned out he really was crazy and our conversation was going nowhere.  But what did go somewhere was the little girl who stopped to listen to our conversation.  I distracted Sister Lima by talking about his beliefs while my companion asked the girl if her family was interested in listening to us.  She said yes, so I bid farewell to Sister Lima, who pointed to the girl's house and we talked to her family.  Turns out her family had previously met with the missionaries and they loved us!!!  We had the matriarch give the prayer and she started to cry and said she knew our church to be true.  After the lesson I felt very pleased with myself.  FINALLY I had a revelation/impression experience, so I made sure to give extra thanks in my prayers that night.

That's about for today; sorry it isn't a whole lot.  For your information mom, we live above a bar, or at least that's what I think it is.  The guy who always chills in the house below us has lots of pictures of beer and is always drinking/breaking open coconuts.  Nobody is ever there, just him, so I don't know if it's just a guy who is really fond of his barley based liquor, or if he's really terrible at running a bar.

(Love ya mom and sorry for the lack of pictures this week.  Love you guys!) 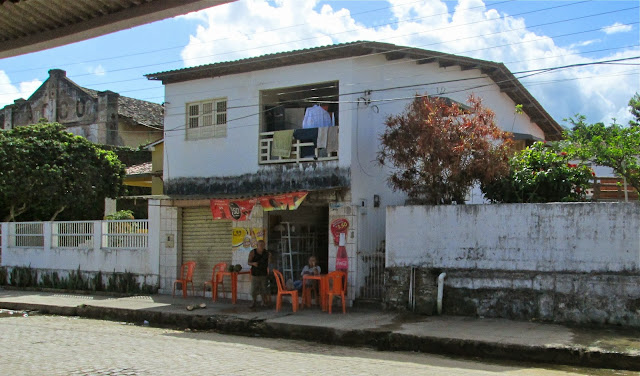 Posted by Rekehl Johnson at 1:19 PM