So today was the day I killed Elder Araujo.  He's now off to good ole São Paulo.  He was a really great companion and I learned a lot from him.  We received word about the next transfer and I'm staying here in Viçosa for another six weeks!!

Speaking of killing, I saw a Nordestino (Northeast) funeral procession the other day.  It was a bit strange.  They had one of those cars with the huge speakers on top of them playing strange Catholic music while people pushed the casket on a cart that you'd find in a cafeteria.  There were a lot of people walking behind the car too following the casket to the cemetery, it was rather odd.

One thing they like to do here in the interior is sell things on the streets.  Not like the usual street vendors selling pastéis (pastry) and coxinhas (drumsticks), but people who sell things out of the back of cars and bikes.  There's this one guy who comes by every morning at 6:30 (he's become our alarm clock) and he likes to yell "Seu Leite Irmão!!!!" (Milk Your Brother!!!)  He hooks this huge container of milk onto the back of his motorcycle and sells it in the mornings.  The thing is though, it's fresh milk, like really fresh, like it came out of the cow about a half an hour before he showed up fresh.  So you have to boil the milk first to get rid of all the bacterial goodness before you can drink it.

I've also seen people sell bread with huge trays and baskets of breads attached to bicycles.  It really is impressive that they can go anywhere with these huge metal contraptions hooked on top of their tiny bikes.  There also was a truck that likes to drive around the Feira (Fair) selling 4 chickens for 15 Reais, which if you did not know, IS A BARGAIN!!!!!!  The thing is though, they're still squawking when they sell them to you and we have no place to put live chickens in our house or any knowledge of butchering so that idea went out the window.  Oh and there's also a man who sells fine cheeses out of the trunk of his car.

Always something new that happens here.

Church this week was interesting too.  There’s this one guy, lets call him João, that's a pretty vague Brazilian name.  He once held a pretty high leadership position in the church at one time, but has since left the church so now he makes a hobby of coming to church every now and then and making things difficult.  To kind of give you a picture of this guy he has curly white hair, a booming voice, and wore a white T-shirt that had a quote by himself to church.  The lesson this week in Gospel Principles was on the role of the family.  He quickly liked to share his opinion, which is it is necessary to beat your kid in order to teach said innocent child respect. Which the church, myself, the Elder giving the class, a recent convert, and probably most governments and civilized people, would consider to be wrong.  His argument was Jesus beat the people who were selling stuff inside the Temple, therefore we must beat our children.  #Genius.  The class then turned into us arguing with him and his friend who he brought to church over the matter.  In the end our recent convert friend, who is probably one of the nicest and kindest ladies I've ever met, told him off and that he was completely wrong, in the nicest and kindest way I've ever seen.

Our friend didn't stick around for sacrament meeting, but before he left I told him that the unique thing about the gospel is that it invites us to change.  He then told me I was too young to know such a thing, that he can never change, and that religion never has the power to heal anyone.  He was right about one thing, I am rather young, but that doesn't mean I don't know what's true.  I've seen the power of this gospel and if there is one thing I know to be true it is that people can change if they want to.  I've seen if first hand.  I know that the Atonement is real; it's worked for me and millions of other people.  It just comes down to the fact that some people just don't want to change, even when they know what's right.  God could be staring them in the face and tell them what is true and they would just be perfectly happy staying where they are.  There are people, that during lessons when it gets to a really spiritual point, ignore the spirit they are feeling and try to distance themselves from it.  That really doesn't make sense to me, but I guess some people just don't want to work for their own salvation.

But I've also seen those people who have worked for the well being of their own soul, made clean in Christ, and I can testify that it is worth it.  They become new people.  They smile more and are free from whatever it was in their past that kept them from progressing. This church, this gospel, and everything they encompass I know to be true.

I guess that's about it for this week.  I'll be down here preaching the gospel and buying bread from strange people on bicycles. 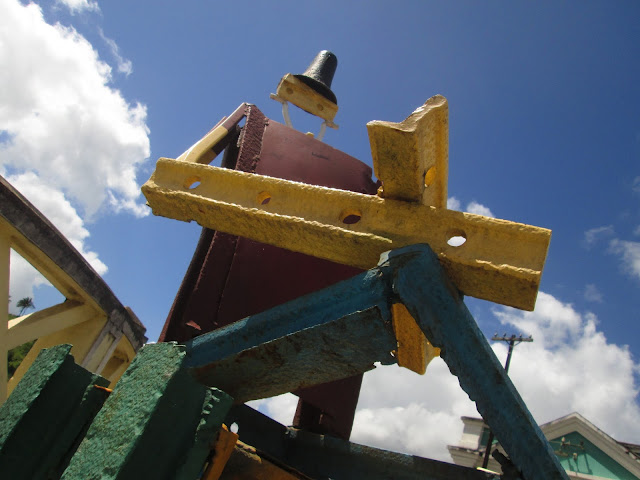 Posted by Rekehl Johnson at 1:04 AM