So yesterday at night me and Elder Oliveira returned to our house after a days work to find one of the other Elders waiting for us.  He then whispered four beautiful words, "We Have Peanut Butter."  It has come to pass that the local Bompreço (it's a Walmart owned chain down here so they sell Great Value brand stuff) has started importing peanut butter!!!  I don't know, down here you always hear from missionaries about how they don't sell peanut butter and stuff, but it was never too much of a problem for me.  I mean, peanut butter is good, just not that good.  I was proven sorely mistaken as I consumed said peanut butter and tears streamed down my face.  It just made me smile because of how American it tasted.

So on the way back from one of our meetings the following adventure ensued.

Oliveira and I were taking the bus back home and the driver decided to kick everyone off at the top of the hill for no apparent reason.  We had to go find another bus and take it back to Siqueira, so we found one, hoped on, and it kicked us off in Nossa Senhora Doc Socorro, which is the next city over.  It's like if our house is in Riverton it dropped us off in Magna, like in the middle of nowhere Saltair Magna.  The bus driver just decided he didn't want to drive around anymore so he just got off and left us in the middle of nowhere.  Luckily another driver flagged down another bus, which took us back to the church where we had our meeting, #facepalm, and then took us back home two hours later.  Ya.

So around here they like to drive around cars with huge speakers on the top that are about the size of said car and blast advertisements, which can be heard a good three miles away.  These cars of the devil have since doubled in the past few weeks for some local election of something and it has become quite annoying.  We've started to memorize the little jingles they play and it is really hard to study in the morning with these monstrosities driving around.

We've recently learned that the road we live on is inhabited by a bunch of people who practice Macumba, which is like Voodoo.  We noticed that one of the houses was newly painted and had a painting of some weird blonde African warrior and the phrase Ilé Axé on the front.  Elder Oliveira then pointed out a big community of them that live down the road, which I thought was like some kind of African center thing.  I asked him how he knew and he said if a house has paintings of black people on them, that it's probably Macumba.  One of the Macumbistas talked to us the other day and inquired about our religion.  We generally try to stay clear of Macumba because they generally don't like us too much and for other reasons.  He turned out to be a really cool guy and we shared a pamphlet with him, but we'll probably rededicate the house just to be safe.  A lot of the missionaries have some pretty crazy stories about Macumba.

So I think I'll end this note with something that one of our investigators said to us the other day.  We found her one day while looking for a less active who supposedly lived in her house.  She told us that he moved away so we started to talk about the church with her.  She started to cry about how her husband just left her and how hard its been for her lately.  She told us we could come back the following week so we went on our way to our next activity.  We talked to her the other day about The Restoration the following week.  I just finished talking about Joseph Smith when I asked her how she felt.  She sat there in silence for a minute and some tears started to stream down her face.  Then she said, "The other day when you two passed by here, why didn't you knock on any of the other houses?"  We said something to the effect of, "This was the only house we needed to stop by."  She replied, "I find it very interesting that you'd only knock on my door and then continue on.  I think God is trying to reach out and tell me that He still loves me." 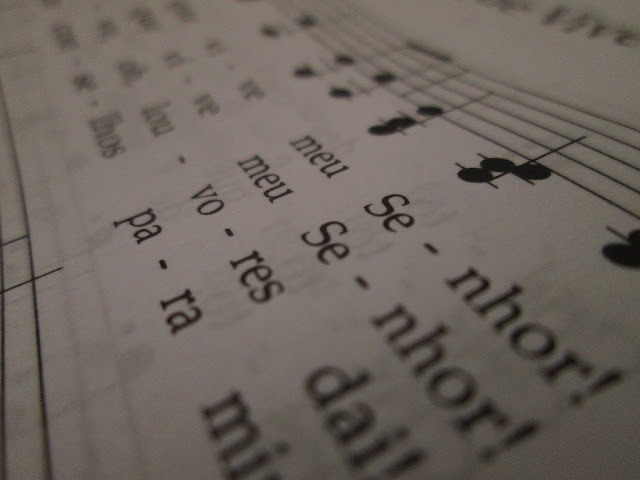 Posted by Rekehl Johnson at 5:18 PM