So, not much happened during the week so I am sorry if this letter is a little short, I'll send lots of pictures instead.

We had two baptisms this week, one on Saturday and one on Sunday.  The first one was the baptism of a less active member's kid and we had his grandpa baptize and ordain him.  The other Elders in our group had a kid to baptize that day too.  It was done before a primary activity so there were a lot of kids and parents there to welcome them into the ward. 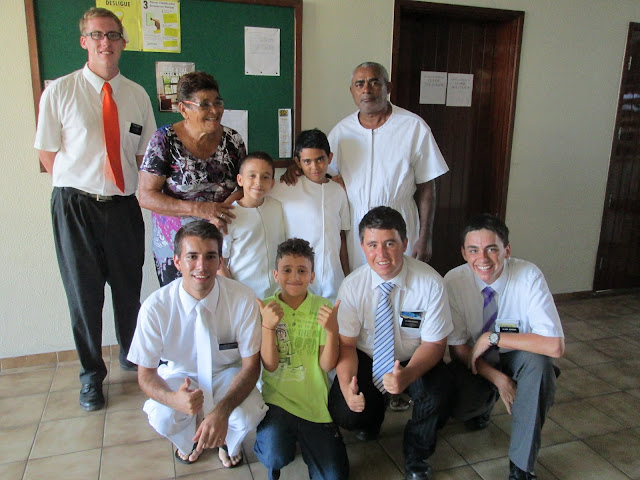 We had a baptism on Sunday for one of our investigators and five minutes before church started.  The font over flooded and water was going everywhere so that was really fun to mop up.  It wasn't too big of a deal because everything here is made of tile and the church is designed to have rain run through it.  I had the opportunity to baptize our investigator and it was overall a very memorable baptism. 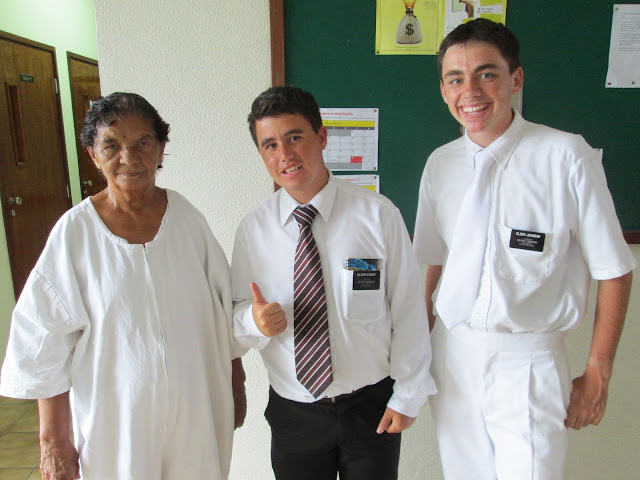 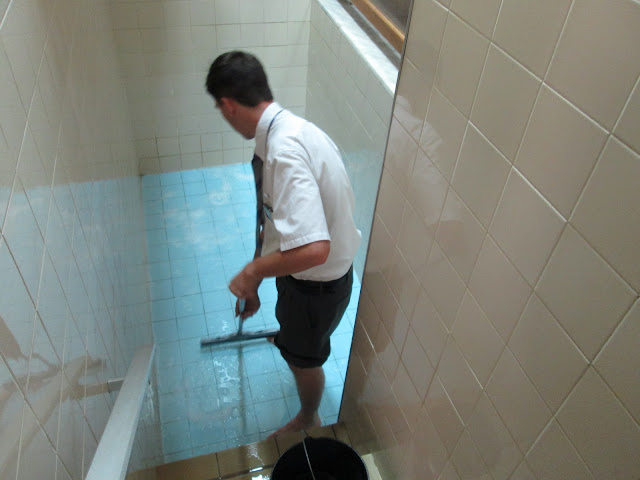 So I got to try this fruit called Jenipapo.  It kind of looks like a failed attempt at a Pomegranate and you don't just eat it plain, you have to make it into juice first.  Apparently it is really healthy for you and its tastes like a mixture between an apple and a pear.  It has kind of a funny smell to it so it is definitely a fruit on uncertainty.

Another local fruit I've eaten is a Guaraná.  It is like a Jenipapo and is a fruit you don't just take a bite out of.  Instead, they make soda out of it and this stuff is everywhere!  I can't really describe the taste.  It's kind of an applecidergingerale but not kind of thing.  And based on the pictures on the bottles, they look like little apples about the size of a cherry.  Coca Cola makes their own brand called Kuat, but the best in Guaraná Antarctica.  Here is is everywhere, but it is very hard to find in the states.  The only place Elder Rutledge and I could find it was in the import section at Dan's grocery store.

The two other Elders in our house are Elder Izqueirdo and Elder Hurst.  Elder Iquierdo is from Fronteirra Uruguay (the border between Uruguay and Brasil).  Elder Hurst is from New York and only has about two months left.

Email
Write letters
Clean
Eat at this restaurant down the street from the church.
And whatever else we feel like doing. 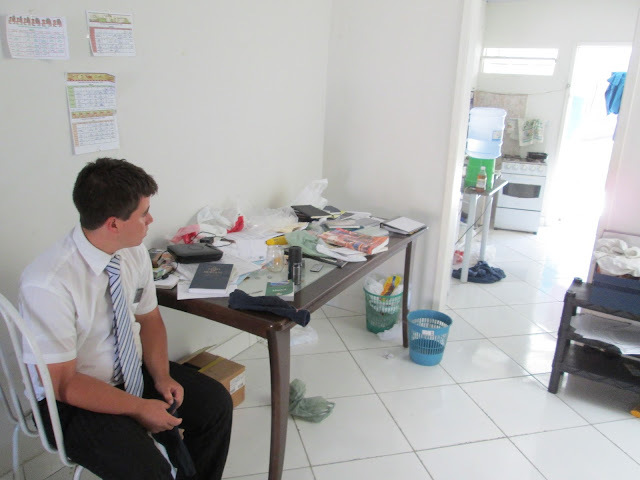 The reason why I was in Maceió last week for the day finishing up my Visa stuff was to tell the police that I am actually living in Brasil now and they wanted to get finger prints and a bunch of other stuff too.

So that is about it for this week.

Posted by Rekehl Johnson at 5:35 PM