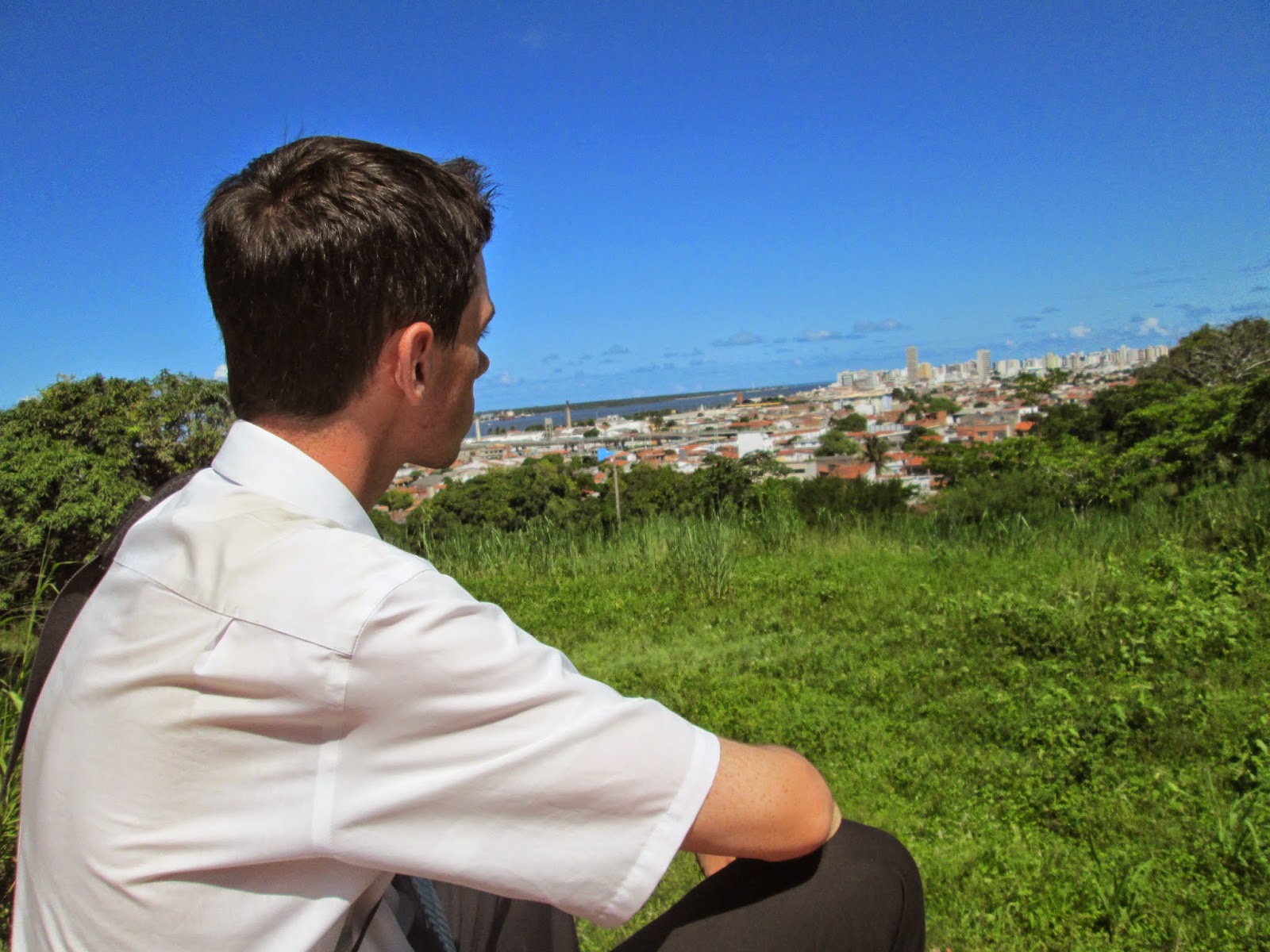 So another week has come and pass down here in good 'ol ala Soledade!!!  This week was rather a disappointment though.  We tried to do some things different this week and it seemed like we were really busy the whole week, but nothing just ended up working out for us.  This next week should be pretty sick though, we've got a baptism lined up and we're working on ways to work with the members so everything should go over well this week.

Really though nothing too interesting happened this week, it was your normal, every day, week in Brazil.  People called us names, threatened us, oh and my personal favorite, told me that I had "Goats sleeping behind my eyes," you may ask me, Élder Johnson, what does it mean to have "Goats sleeping behind your eyes?"  Well, your guess is as good as mine.

Well yeah, that's really about it, I don't have anything interesting to tell you all.  Sorry this week was such a disappointment, next week will have some better stuff for sure, so until next week!


** Hi, this is Elder Johnson's mother.  A couple of weeks ago Elder Johnson's younger brother Ethan was baptized into the The Church of Jesus Christ of Latter-day Saints and I asked our missionary son if he would write a special talk for Ethan that we could read at his baptism so he could be part of this special day.  Instead of writing a talk he received permission to make a video of his talk and then sent it to us to play during the baptism program.  (This is soooo Tanner.  Why write a talk when you can make a video.)  Elder Johnson wanted to keep this a surprise from me and I didn't know about it until I saw his video being played at Ethan's baptism.  There were lots of good tears and smiles and it made the day even more special.  It was nice to have our missionary son, who is in Brazil finding those searching for the gospel, to play a part in his brother's baptism who has become a member of the church Elder Johnson is serving.  We wanted to share Elder Johnson's special message and let him know how proud we are of him.  Love my son.  (P.S. you might have to turn up your volume to hear it better.) **

Posted by Rekehl Johnson at 7:36 PM