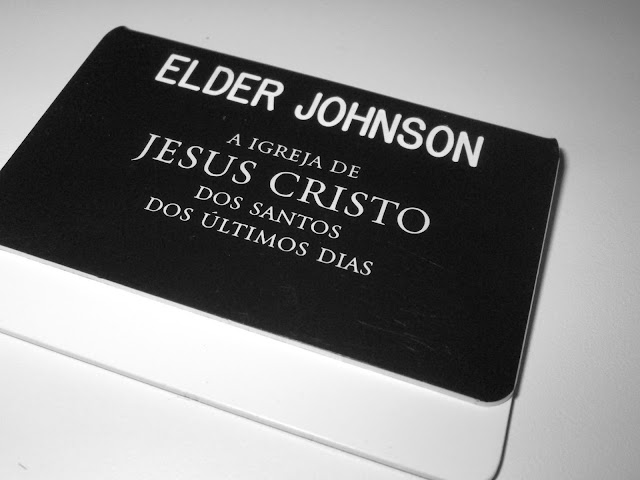 I hope you all had a wonderful "Dia dos Namorados!!" (Day of the Boyfriends) this week.  I sure know it was a hoot down here.

Last week for Pday we celebrated Elder Godoy's 23rd birthday!!!  We had some cake and had a wonderful time!!!

Last week I had to give a talk in church.  I'm not going to lie and say I wasn't a tad bit nervous.  My Portuguese still isn't 100% and they told me I had to give one about 30 minutes before I went to bed so that was cool.  Anyways, I gave it on charity and everyone said I did well, but I just think they were trying to be nice.

So yes mom, I know I've gotten pretty skinny, and no I'm not starving myself.  I in fact eat a lot of bread and I'm trying to eat a lot.  This is just what Brazil does to you.  Sister Gonzaga would agree with you.  She saw me the other day and asked me if the members aren't feeding us.  They in fact are and she too told me to eat more.

Transfers are coming up this next week and we should be getting the call this Sunday.  I think they're going to send me up into Sin City (Maceió) this next transfer.

Also, more clarification about "Snakes" (aka girls hunting men).  They don't necessarily want you to marry them and take them back to the states.  They want...other things.  They go after the Brazilians too not just Americans.  My companion described it to me as, "There are three fantasies for women here:  1. Gangsters  2. Firefighters   3. Mormon Missionaries."  So we have to be careful so we don't let anything endanger our mission and our salvation at the same time.  As I always say, "A picture a day keeps the snakes away."

So there is one thing down here that can bring the work to a halt, that can divide companions, divides the mission, and makes everything a lot more difficult than it really needs to be.

Down here, it is a very serious sport and you have to have a team.  Everybody asks you who your team is and you have to pick carefully.  I have chosen to align myself with São Paulo Futebol Club, and it has caused quite a stir.  The missionaries are always debating about teams, and tournaments, and what not; and it's not just the Brazilians, but the Americans get into it too.  It makes things a lot more lively down here and it gives you something to connect with the members and investigators.  I also believe there is something in the water that just makes you love Futebol.  You just get really into it down here and think it's the best thing in the world.

Saturday was a really weird day.

We started off by going contacting and I was about to knock on this door when Elder Godoy stopped me and told me to got to the next house.  This house had a bunch a weird writing on it and also had a bunch of crazy statues and idol things in there.  He later told me it was Macumba, which is kind of like voodoo/black magic down here and they don't like Christians at all.  There's one area in the mission where you can't go down a certain road after dark because it's just filled with Macumba.  I was able to write down later what the writing on the house said and it feels really weird to read.  Like really weird.

Later that day we were walking down the road and this dirty man and his friend came up to us and asked us if we wanted to buy some hair clippers.  He said it was brand new, he showed us it, and it was very nice, which means it was obviously stolen and he was trying to fence it.  We politely told him no and got out of there and we ended up in a kind of sketchy part of town where there is usually a lot of drugs on the weekend.  A member then pulled up out of nowhere and offered us a ride to our next appointment.  Later we were walking down the road trying to find a potential's house, which according to our address did not exist.  We were about to turn back when the potential pulled up in his car and we were able to set something up with him.

So something that was also pretty sad happened yesterday.  A few weeks back we were teaching this man and his family and they were progressing really well.  He told us his story about how he used to live on the street and how through God he was able to turn his life around.  He was accepting the gospel very well and we were trying to get him and his wife married.  He then started acting weirder and we noticed that he started drinking quite a bit.  We came back a few days later and discovered that he had gotten drunk, beat his wife, and was then in prison.  We tried to console his wife and make things better.  We passed by a few days later and no one was home.  We kept trying and trying but no luck, so unfortunately, we had to cut them.  Then yesterday we were walking to church when Elder Godoy walks down the wrong street.  I follow him and we find this guy and his family living on the street again.  We talked to him and he just wasn't all that there and just had no more desire for the church.  He asked us for money, but we can't give money to beggars because they'll just spend it on drugs or they might be faking it.  I just remember seeing him, his wife, and his three little kids sitting under this metal awning thing and I felt so bad for them.  I couldn't stop thinking about this guy all day and wondering if there was anything I could do for him.  In the end all we missionaries can do is invited people to change their life, everyone has their agency here and they can do what they will with it.  I just feel so bad for him, his wife, and his three kids.  They don't deserve to live like that.

So I think I'll end this letter on a lighter note.  We were knocking doors the other day when this dog ran up and tried to bite me.  I was about to end the creature, with fire and brimstone, when his owner came up and the following conversation ensued:

Posted by Rekehl Johnson at 5:10 PM