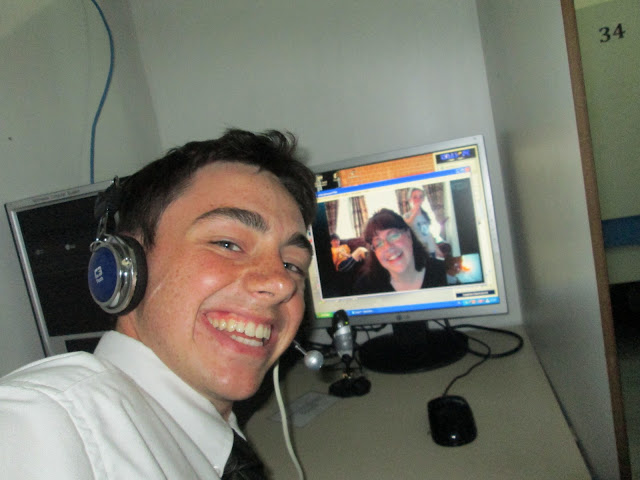 Well, it sure was great to hear from you the other day!  It was a lovely chat and I love your new screen saver! (I sent Tanner a picture of us Skyping and he could see that my screen saver was the picture of him and his companion.) 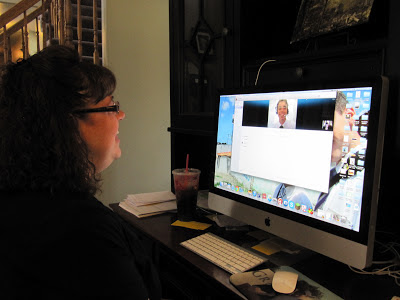 It wasn't that weird to be talking with you and everyone back home either.  It felt just like it was any other day at the Johnson home in the good old land of air conditioning.  There really isn't that much to report on this week.  Nothing too exciting happened, but yesterday we did get the transfer call and we are all staying in Siqueira for another transfer!  One of the elders is going to die here (this is his last transfer before he goes back home).  And so that's about all that's happened since the other day.

I did go on divisions twice this week though.  One time here in Siqueira with Elder Christensen and another time in Atalia with one of the zone leaders, Elder Roberto. 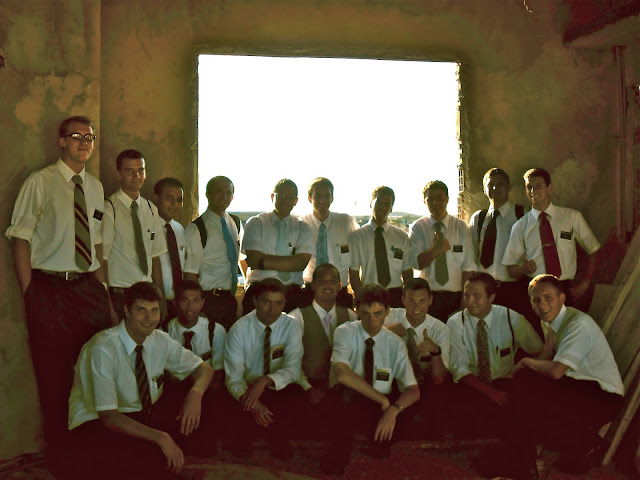 With Elder Christensen we taught a lot of people that day and we had a really awesome lesson with one of our investigators Laercio.  He was the man who came up to us on the street and told us to come to his house and teach him our message.  We taught him the plan of salvation, but it was more like he was teaching himself.  Whenever we would bring up a doctrine that would be kind of weird to other christian denominations (Spirit World, Degrees of Glory, etc.) he would confirm our doctrine  with bible references, so that was pretty cool.  We then ran into this one guy that Elder Godoy always seems to run into.  I can't remember his name, but he is a less active member and he always has some request from us that escalates every time we run into him.  It started off with him wanting fish and lettuce, which seemed like a reasonable request, to shampoo, to getting the bishop to perform a marriage for him, to 600 reais for college.  So we laid down the law with him and told him that if he wants blessings he's got to work for them and has to be obedient to the laws and not expect us to pay for his college.

Divisions with Elder Roberto went over pretty well.  He's from São Paulo and he speaks English very well.  He's very nice and funny and we had a good time up in Atalia.  I was a little disappointed though, they have monkeys up in that area and I didn't see one.  So naturally, there was much weeping, wailing, and gnashing of teeth.
Tried another fruit called Acerola.  It's another fruit you can't eat, but can be turned into juice.  It's really good and they look like little cherries.

Soooo...that's about it for this week.  Sorry I don't have a lot to talk about, but I will say to you Dad, you were right about how interesting people make the mission amazing!  Whether it be a drunken man wanting to know about my escapades with Brazilian women (which I have had none of Mom) or our awesome investigators/converts and their amazing stories and testimonies.  I truly am loving it down here and the work is going strong.  I will leave you with a scripture that helps me whenever I'm feeling down.

23  And he went up from thence unto Beth-el: and as he was going up by the way, there came forth little children out of the city, and mocked him, and said unto him, Go up, thou bald head; go up, thou bald head.
24  And he turned back, and looked on them, and cursed them in the name of the Lord.  And there came forth two she bears out of the wood, and tare forty and two children of them.

(Once again my son's sense of humor comes shining through.) 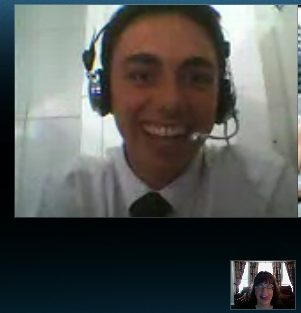 Some interesting things we learned from Tanner during our Skype call.

1.  I asked where he gets his hair cut and he told us a crazy Brazilian down the street cuts his hair.  He uses a straight razor to shave the back of his neck, which terrifies him.

2.  He says he has to be on the alert for "snakes".  Snakes being Brazilian women who want him to take them back home with him to the US.  He tries to avoid eye contact at all costs.

5.  They have enough members to have wards and stakes.

6.  He bears his testimony a lot in sacrament meetings.

7.  He's only received one package that I have mailed to him (I've sent three).