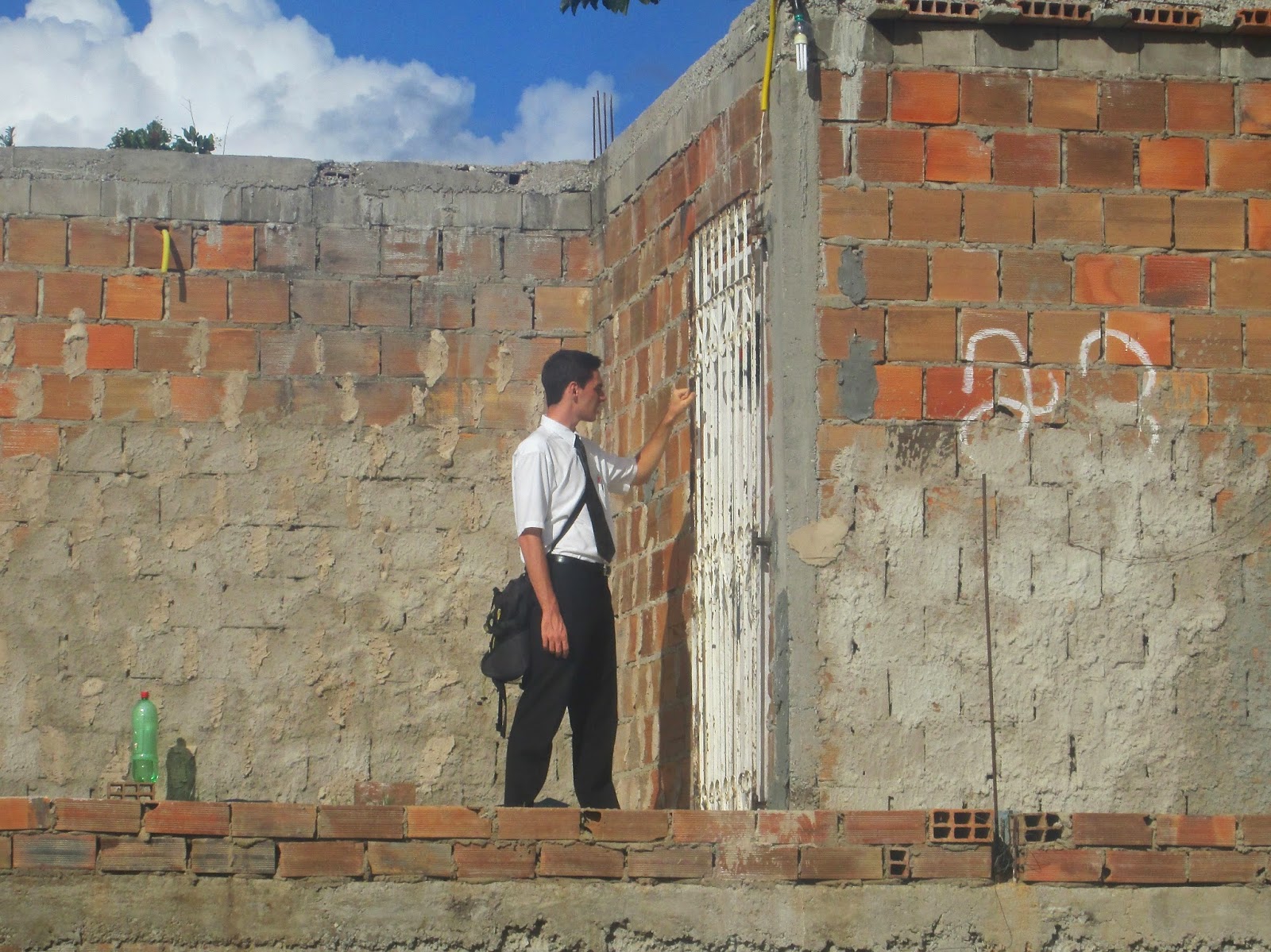 Hey everybody!  How's it going!?  Things here in beautiful Aracaju are just dandy as usual.  This week my companion had to go to a meeting and sadly enough I wasn't invited.  So what was it that I did?  One of the ward kids was my companion for the day.  It was pretty sick.  We studied and worked together.  I taught him a lot about missionary work and he taught me a lot about how to fight Muay Thai!!!  We had a good division and it was just a splendid ol' time.

So I've got some exciting news to tell you all.  You won't even believe what I'm about to tell you.  I hope you're all ready because here it comes...

You heard it here first everyone!!!!  Elder Tanner Johnson has accomplished an impossible task, lift himself up with just the strength in his arms.  I'm very thrilled that I've accomplished this goal.  After a transfer of practice and a great professional trainer (Elder Eddington) I have done wonders.

Side Note:  It sounds like I'm in the middle of Vietnam being raided by the Viet Cong.  Today is "Nossa Senhora da Conceição," a very popular holiday for Catholics/Macumbeiros, and I just happen to be sending this email in a Lan House just right outside the Cathedral of Aracaju.  Side-Side Note: a firework just blew up on the ground 15 feet from me.  Apparently this holiday is celebrated with many explosions of bombs.

There was an advantage to having this holiday though.  Because of the holiday, the zoo was open on a Monday and we got to go again!  We also got to climb up on top of the largest hill in all of Aracaju and we got to see everything.

I must testify that God loves his children.  This week we were going to have to walk from "A Barra Dos Coqueiros" to the center of the city.  For those of you who don't know how long that is.  Look at this: 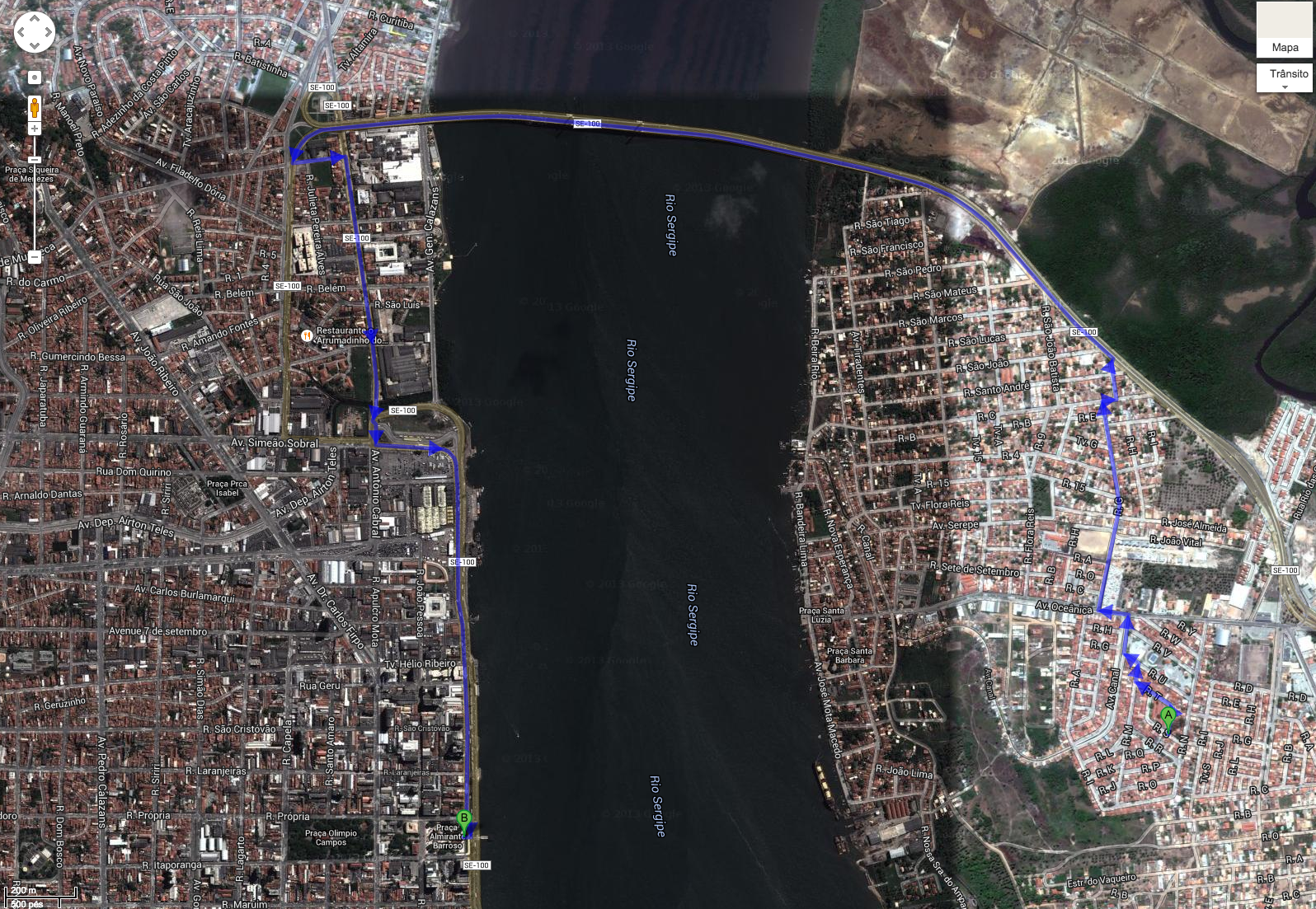 And it was like 7:00 at night.  We were about to cross the bridge when this bus stops, which was going to exactly where we needed to go and here's the miracle, it opened it's back doors for us to get in.  When a bus stops you normally have to enter through the front doors where you pay.  In our case, they let us go in through the back doors for free.  THAT NEVER HAPPENS.  Just goes to show you that good people do exist.  Here's the thing though, that was the second time that happened to us.  God truly does love his children.

Well here I am.  I would have to say that I have very mixed feelings about writing this letter.  I got to go back and visit Soledade today and see a lot of the members.  It was super weird because I went to say goodbye to everyone and they all thanked me for my work.  It's a very weird feeling being here writing my last email.  I never thought that I'd actually get to the end.  When the missionaries bare their farewell testimonies at zone conferences they'd always say, "Man you think you're never going to get to this point, but time goes by quickly."  I normally responded that with a sarcastic "pffffffffff!!!!!  Yeah right!!!!  That's easy for you say!"

Man it passes by so quickly....

I will be completely honest, I'm going to miss this place so much.  It's been an amazing two years.  It's very gratifying to look back and think about all that I've been able to accomplish.  My main feeling is of gratitude.  I'm so thankful for this time I've had.  I'm so thankful for the people I've met and helped.  Mostly I'm thankful for what the Lord has done for me.  Coming out on the mission, I thought that I'd be able to repay the Lord back for all that he'd done for me.  I quickly learned that even when I try to repay it back, He blesses me more than I deserve.  It's been an amazing ride.  I know for sure that this gospel is true and everything that goes along with this great and wonderful church is 100% true.  To say otherwise would make me a liar!!!  Thank you all who've helped me and supported me during these two years.

I know a lot of my emails home have been filled with many jokes, sarcasm, frivolity, and all manner of lightheartedness.  I feel like that's just how my personality is.  I firmly believe that we have the choice to be happy and find humor in all.  This life was meant to be enjoyed, so let's have some fun while we're at it.

I guess that's it for now.

The church is true, without a doubt.
Joseph Smith was a prophet of God.
God lives and speaks to us.
Jesus Christ is the savior. 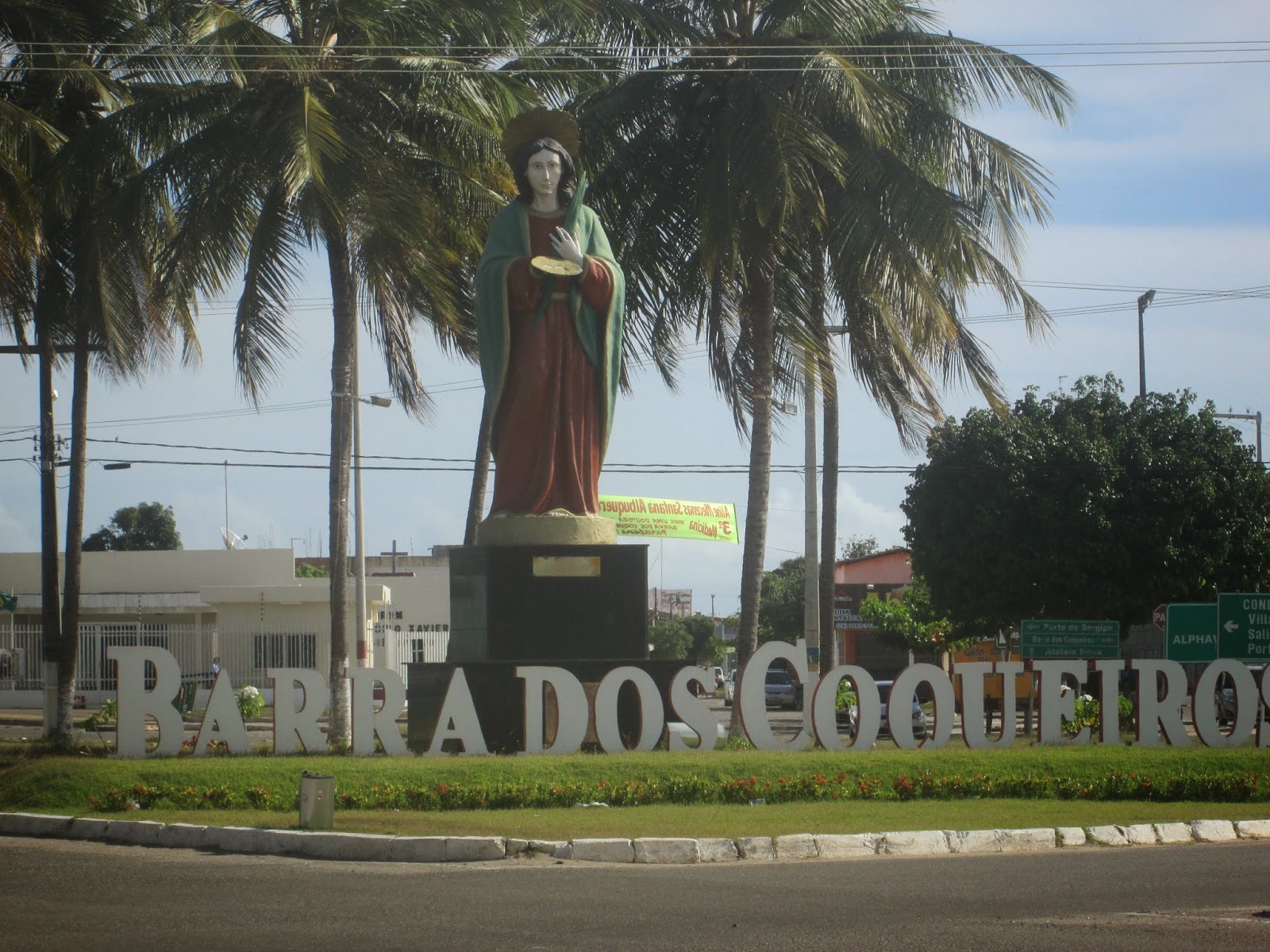 Posted by Rekehl Johnson at 9:00 AM No comments:

Actually, that's a dirty lie.  It looks absolutely nothing like Christmas around here.  Some people have taken to hanging up Christmas lights and putting up a tree here and there, but it's not fooling me.  I don't know, I feel as if the whole "Christmas Scene" is ruined by the palm trees and burning heat.

We've had to buy some mosquito coils for our house.  We burn them to keep the mosquitoes away at night.  The smell of the coil smells a lot like camping!  We've come to put it in our room and room has a very outdoorsy smell to it.

So this week was Thanksgiving.  Since this year I'm passing Thanksgiving with an American, we celebrated Thanksgiving like all good patriots.  We made some food and ate our feast at the chapel.  We even hunted our own turkey (a rotisserie chicken at the store) and cooked it ourselves (reheated it in the oven) and had a wonderful supper!

Me and my companion have been on the search for Tereré (a Brazilian drink).  It's very hard to find here in northeastern Brazil, but it's not impossible.  We found a store that sold it last week, but alas they were out and only had Chimarrão so we bought that instead.  This week we became very serious Chimarrão addicts.  We've just been going nonstop all week.

We had a baptism this week!  We baptized a man named Venício.  He's a security guard that teaches Kung Fu and knows Ninjitsu.  He gave us some Ninjitsu lessons the other day.  He taught me the death punch so that's pretty neat, right?  It was really cool to baptize him.  He lives a little bit outside of the city where there really aren't any members, but he's really wanting to get his family active in the church and is super excited to spread the gospel up there.

So the church has launched their new ad campaign "He is the Gift" or as they say in Portuguese "Ele é o Presente". We've received instructions to spread the campaign everywhere.  We should be getting some fancy new "Ele é o Presente" materials this week and we have to keep track of how many people were found and baptized through the campaign.  So here you go!!! http://www.mormon.org/christmas.  Doing my part.  #Sharethegift 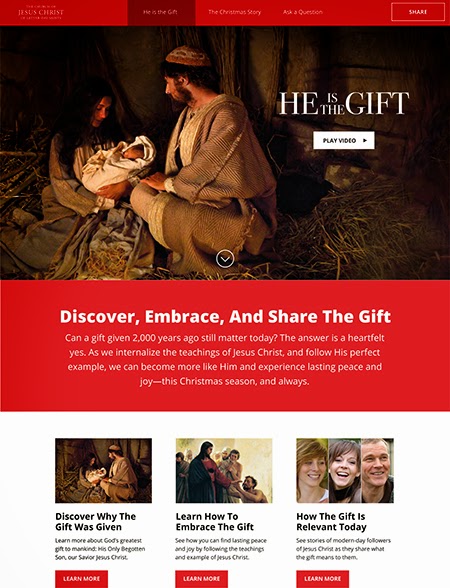 As to my comment about other people being trunkier for me than I am for myself.  Well I guess that means I'm just still pretty focused.  To me I'm just doing the same as I've always done.  I'm not the one to be really counting the days and just sit around thinking about how excited I am to go home.  Don't get me wrong, it'll cool and fun and all, it's just I've still got a few more days left so I want to make them great.

Posted by Rekehl Johnson at 12:43 PM No comments:

Email ThisBlogThis!Share to TwitterShare to FacebookShare to Pinterest
Newer Posts Older Posts Home
Subscribe to: Posts (Atom)
"Trust in the Lord with all thine heart; and lean not unto thine own understanding. In all thy ways acknowledge him, and he shall direct thy paths." Proverbs 3:5-6