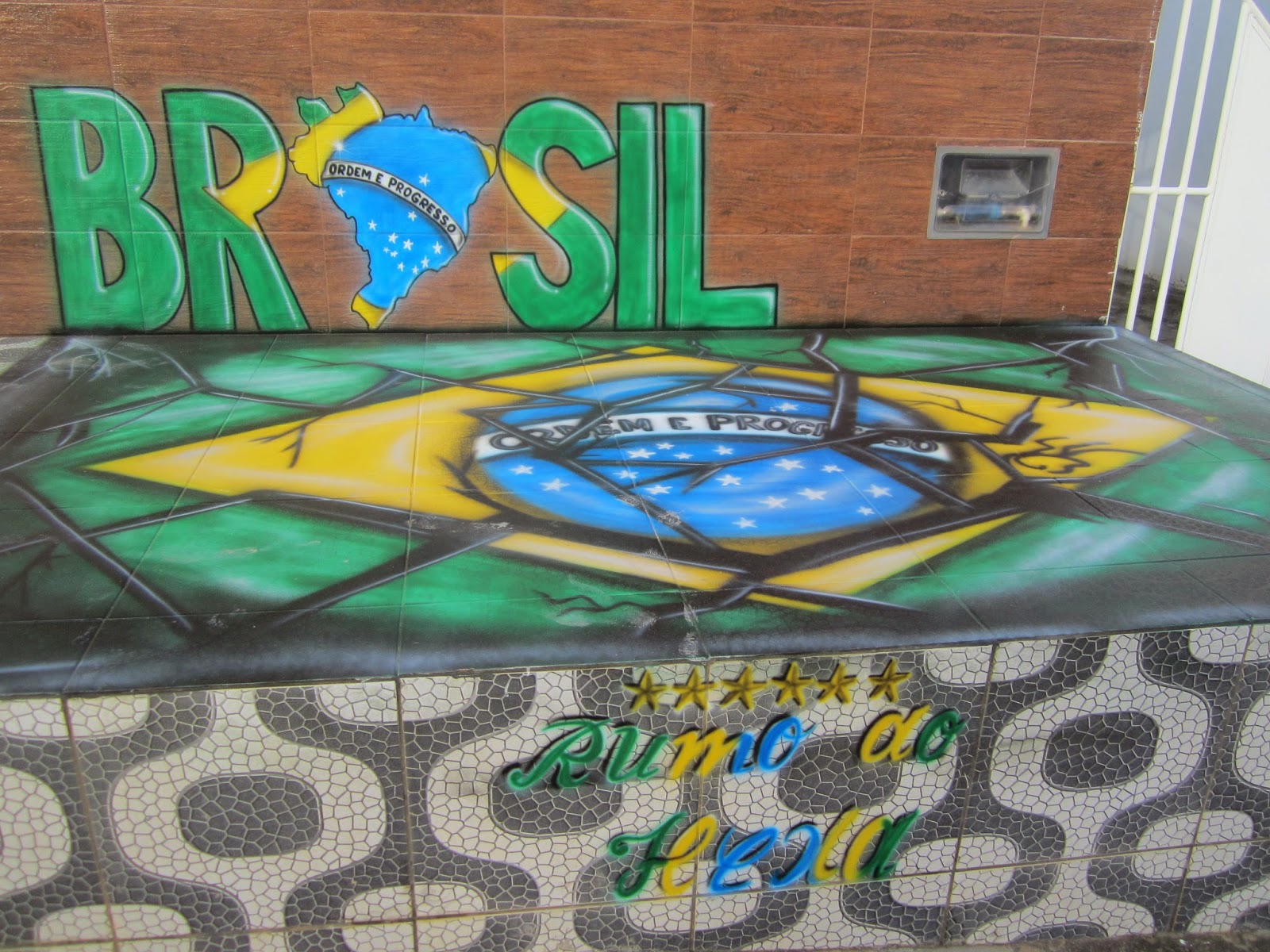 Another year has come and passed and this was my second "Dia dos Namorados" (Brazilian Valentine’s Day) here in The Holy Land, and just to let you know, it was filled with the same amount of loneliness and self pity as last year's.

So this week was my companion's birthday.  We celebrated it by eating pizza and having a little party for him at the church.  We ate some cake and drank some soda, it was good times.

Also this week we did some service projects.  We had a member call us to help him move.  We packed up all of his stuff into the back of this little truck and unpacked it all basically a few streets over.  YEAH MOVING!!!!!  It was really quite funny.  The guy didn't have a truck, so to solve our truckless problem we went over to the park and spoke with some guys sitting on a bench.  We then asked them if they knew anyone that could help us and one of the guys said he'd help him move for $50 Reias.  So we just hired some random guy on the street and we had a lovely time.

We also painted a house.  A member asked us for our help with painting his house.  We went over there and painted the whole thing blue and white.
We painted the whole front of this member's house white, which was actually unintentional.  We were planning on just painting the walls but the bucket of white paint broke in my companion's hand and exploded all over the place.  The member just laughed and decided to also paint the floor white too.  It was a good experience.  I thought it was pretty funny.

So this week was the first week of "The FIFA World Cup 2014 Brazil" and it was crazy, absolutely bonkers.  During the other country's games, things remain pretty chill, everyone still watches the games, but it was all right to work.

The Brazil games, however, were a completely different story.

The world stops for Brazil games, it literally stops.  The city becomes a ghost town and everyone closes their stores and what not to watch the game.  Everyone dresses up in green and yellow and goes inside to watch the game.  There is literally no one on the streets.  Things however, change when Brazil scores a goal.  You don't even need to watch the game to know if Brazil scored or won.  All you've got to do is sit around and if Brazil scores a goal, you'll hear it.  First there are the screams of pure patriotic joy, then comes the fireworks.  People literally rain fireworks down on the city and it doesn't stop for a few minutes.  It's like it's like a WW2 bombing run just without an air raid siren and more explosions.  People just throw these bombs willy and nilly and they're not little firecrackers either, people go to the hospital and sometimes die from these fireworks if they get to close to them.  Naturally, they must be used to celebrate a goal.  So every time you are watching a Brazilian world cup game and Brazil scores goal, you will know that down here everyone is going nuts and throwing tiny hand grenades which, if you were to count all of the explosions that go off in Brazil during one goal, would probably be about the destructive force of 2 atomic bombs.  #BrasileiroNaCoração 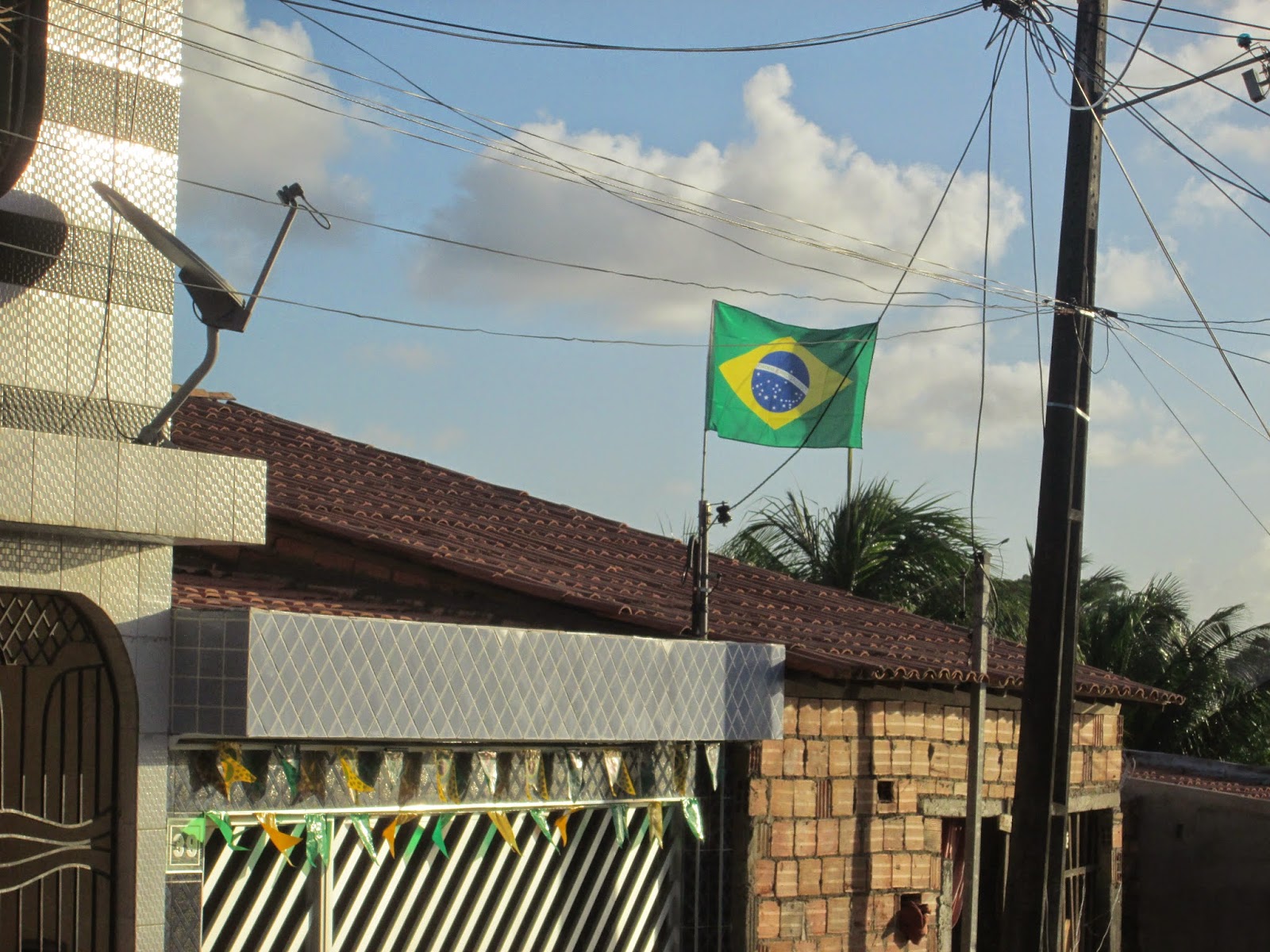 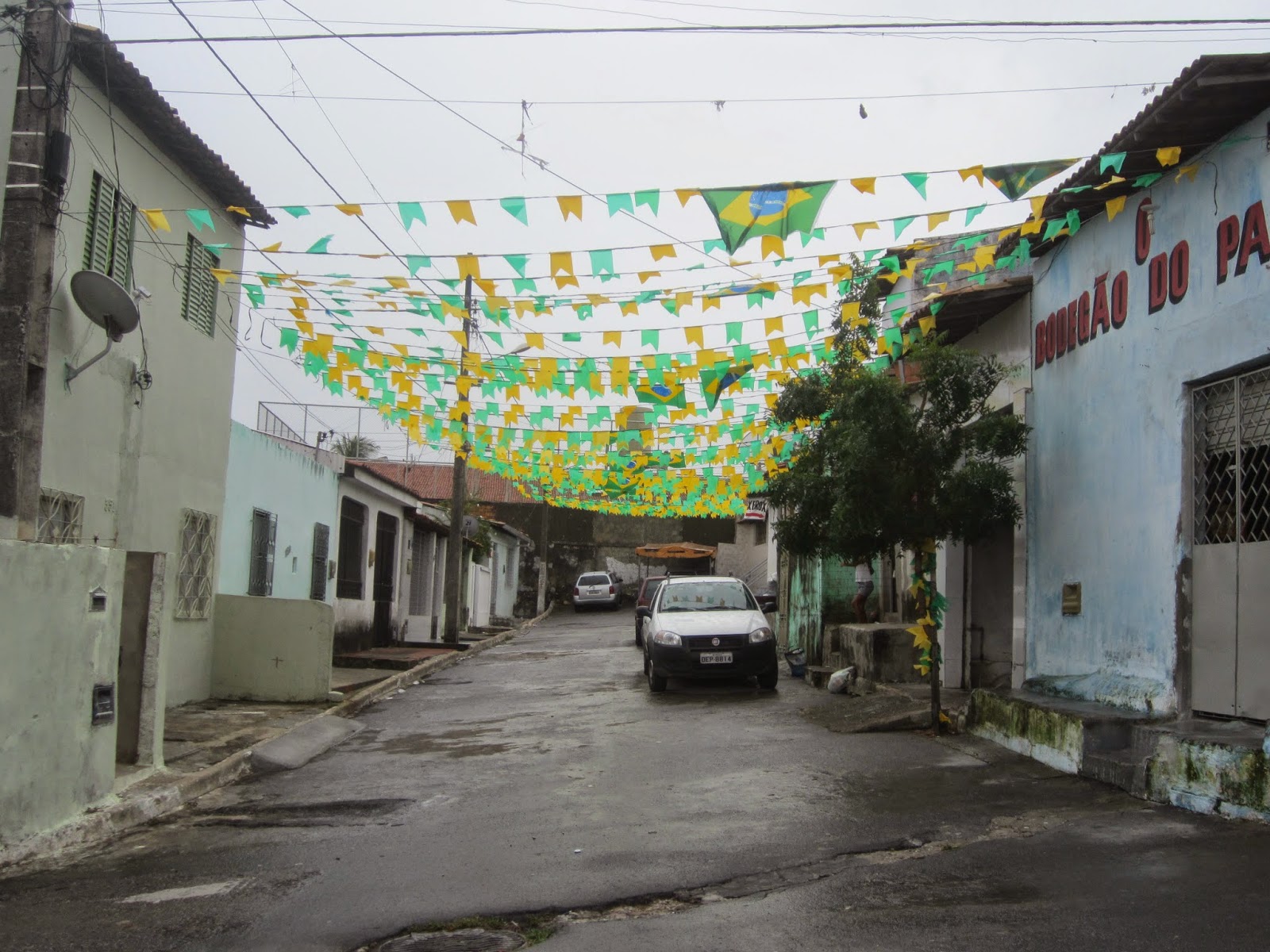 So yeah, that's about all I've got time I've got for this week.  I'll be sure to send a more lengthy letter next week.  Anyways, love you all!  Have a great week!  Well until next time everyone.

Posted by Rekehl Johnson at 5:21 PM